Close Are you a victim of crime? Are you a witness to a crime? I am looking on behalf of somebody

Welcome to MyVoice - an interactive, online tool to help victims & witnesses across Northamptonshire.

Follow this step-by-step guide to navigate the site with ease.

Show me how to use Voice Skip
MyVoice | Do all criminal cases go to court?
Back a sectionSkip this section
View your journey map

This area shows you where you have been on the site and at what point you are at the moment, rollover the orbs to learn more about this section.

This area shows you where you have been on the site and at what point you are at the moment, rollover the orbs to learn more about this section.

This page will take 5 mins to read

Do all criminal cases go to court?

Once the police have identified an offender, they can interview them. Depending on what is said and the assessment of the evidence, they will decide what appropriate action may be taken.

If on investigation, there is insufficient evidence to proceed, the Police have no alternative but to take ‘No Further Action’ and release the offender. This is usually when the offence is denied or a reasonable explanation is given.

Not all offenders are dealt with in court, the police do have a number of options in dealing with minor crimes that are called Out-of-Court disposals.

Out-of-Court disposals allow the police to deal quickly with less serious crimes, from often first-time offenders which could be more appropriately resolved without a prosecution at court.

The following Out-of-Court are available to the police and Crown Prosecution Service (CPS):

Is the crime you’ve experienced minor or serious crime? 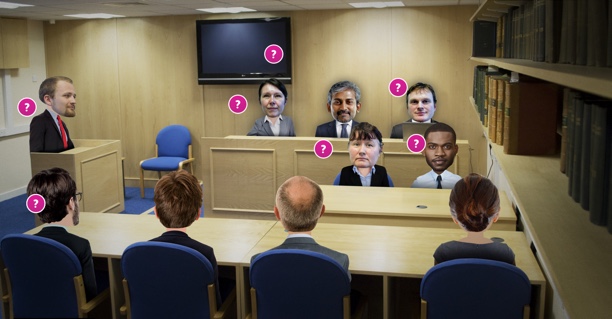 This is a place for you to explore. You can find out who's who in court, test out the extra help you can get and see what court looks like.

If the offence is classed as minor, there is sufficient evidence and the offender admits the offence, the Police have the authority to make the decision to charge an offender to appear in court.

In a situation where the offender has no or very little previous offending history, the investigating officer may then consider dealing with the crime by way of offering a formal police caution or a community resolution.

Only serious offences where there is sufficient evidence will end up in court. These types of cases must be referred to the Crown Prosecution Service (CPS) to make a Charging Decision.

Court action only occurs once an offender has been charged or summoned with an offence to appear in court.

The decision whether to take the case to court or not, is dependent on the below factors;

The aims of the simple caution scheme are:

A community resolution is where a crime or incident of anti-social behaviour is resolved without the need for formal procedures through the criminal justice system. The aim is to take account of the needs and wishes of the victim, who may not want a full criminal sanction against the offender.

A community resolution can take the form of words of advice, informal Warning, apology, reparation or compensation. This may involve a meeting with the offender, a letter of apology, costs covered or other agreed outcomes.

It is a less formal, restorative approach that, where appropriate, enables Officer’s to deal with a first time offender in a way that doesn’t automatically lead to a criminal record and the resulting impact this would have on the offender’s life and future.

A community resolution may be used when a victim indicates that this is their preferred way of resolving the incident and where the offender takes Responsibility for his or her actions.

If there is a lack of evidence in order to refer the offender to the CPS and there are no more reasonable lines of enquiry to follow, the police have little choice but to stop the investigation. However, should further evidence come to light, the investigation may still be re-opened.

If the offence is serious and there is sufficient evidence, the decision to charge the offender to appear in court is made by the Crown Prosecution Service (CPS).

If the offender denies the offence when being interviewed by police and there is sufficient evidence to charge them, the decision must be made by the CPS regardless.

If there is a lack of evidence in order to refer the offender to the CPS and there are no more reasonable lines of enquiry to follow, the police have little choice but to stop the investigation. However, should further evidence come to light, the investigation may still be re-opened.

Start again
Next section: Will I have to go to court as a victim or witness

x Close
x Close
You don't have to report a crime to the police to get support from us
Quick Exit
This site uses cookies: Find out more

For the best user experience, please rotate your device